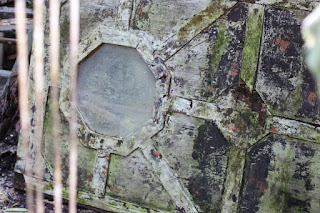 Last week I began watching the show for a third time!

You have to wonder, now nearly six years after the final season, will I ever truly let go? I still haven't found a show to be that into as I was with "Lost," though also it's not like I really think about the show much for long periods of time. I really did get into "Game of Thrones," but not in the same way. Though I guess some commonalities would be great suspense and mystery, along with historical/mythological creations or references.

I'm now up to Season 2, "The Long Con" episode, which maybe I can watch tonight if there's time. But now, the show is different. I already know what happens. I know the incidents. I know the cons. I know that everybody loves Hugo. Still, as pointed out in my other blog, it now feels like curling up with an old friend when I rewatch "Lost". In hard days, it grounds me. The show definitely crept into the essence of who I am; for once you take in all of the story, you may never be the same as before. At least there is an enhanced version of myself, the one that continues to be reminded that we are all not perfect, that we make mistakes, that it is never too late for redemption. And life simply is the trial of that.

Six years--a lot can happen in there. I have tried to watch other shows that try to copy "Lost," and my one recommendation would be not to try to play off of it, rather create a fresh new different show that could be as awesome in its own right. I have also sometimes watched other movies or television shows that the characters from "Lost" have been in, but, unless their new roles, and stories, are evocative, I really can't say I get into them as much without the "Lost" dynamic. Though I did enjoy Evangeline Lilly in The Hobbit.

I finally got some old blog posts into a new blog about Lost. The title "Can't Let Go" mirrors one of Lost's tropes with Jack and John as well as the fact that many people still talk about the show.

I don't write nearly as much as I used to about the show, and looking back wonder how my hands didn't fall off! I didn't even really start blogging until a rewatch in 2010 leading up to the final season. It is fun to see my reactions, my crazy theories, my research into mythology--just trying to find some answers! That was the fun part about Lost, talking about it with friends and my husband, posting on forums, sharing ideas. The show sparked a collaborative discussion among many. I tried to stay away from podcasts, articles, and blogs at the time. There had to be a limit of how much Lost information I was allowing myself to be subjected to. I hadn't seen so many twists, turns, and whoa's since Twin Peaks.

Turns out that we just visited Oahu again this past summer, and I'll post a few new photos from that trip. We had the Lost tour in 2011. You can click images on this blog's slideshow or go directly to my Flickr account. I've also put some photos in with blog posts. These photos are all taken and copyrighted by Mary and Morgan Woodbury.


As much as we had a great time, I am very ready to go home! 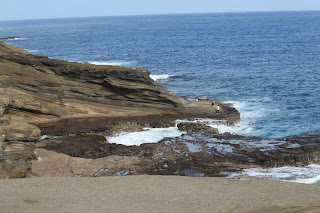 Seems odd our time is kinda coming to a close. Last night after I wrote we decided on a trip to the beach, where we waded joyously in the soothing ocean waves. 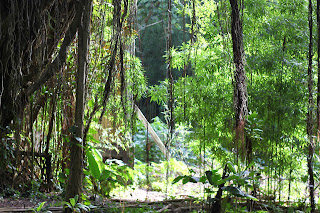 I will make this short because I am on the Android while Morgan watches hockey. Saw great Lost stuff today, ate wonderful pineapple, and hiked to a waterfall and down a beach. I am now sitting on the balcony of our room. I do not want to leave!
Posted by Duende at 8:03 PM No comments:

Today we slept in a little (slept off the luau drinks, I spose!), and then headed up to North Shore after eating a couple sandwiches here in the hotel room. It rained some today, but we got some great beach time just as well. The North Shore is the most beautiful part of Oahu we've seen so far, though the southeast shore isn't bad either. Up on the north part of the island are the bigger swells, the serious surfers.

The towns seem dirt poor, however, mostly farmers. We drove past some pineapple farms and saw plenty of coconut trees.

We got out at a few beaches and took some photos and waded around.

I'm uploading some good photos from today and yesterday to Flickr. At one point we went by this sugar mill, and drove to the entrance and took a couple photos. I should've gone further in, as we found out later today that was where they fimed Eko's Nigerian village in Lost.
Posted by Duende at 8:02 PM No comments:


Today was pretty long, so I'll keep this short!


We arrived safely last night at Honolulu's airport around 10:00 or so. The night was great. The  ticketing agent in Bellingham gave us exit aisle seats both for the way down here and the way home. Sam drove us through the border to Bellingham, and the border was fast. Morgan's dad and Randi are staying at our place watching the cat.


I wonder if it is time to rewatch Lost? I rewatched it all after it ended last year, but because I had seen it so recently I didn't pay attention a lot of time. I remember even falling asleep through several episodes.

The finale of Lost was done superbly. I cried. I can't wait to someday re-watch the whole series!

In the episode previous to the finale, Jacob, who had been resurrected temporarily by the act of burning his cremation ashes, explained to Kate, Hurley, Jack, and Sawyer about someone needing to take over the role of island protector. In doing so, he said that he had been appointed and chosen to take on this role but wished he had had a choice. Jacob asked if anyone would be willing to take over the role, and Jack volunteered. Jacob then went through the ritual of having Jack drink from a cup. It seemed Jacob might have turned some water into wine, but we're never sure. We go into the finale knowing that Jack is taking over the role of island protector.